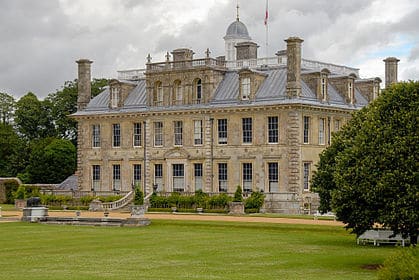 The majority of the stelae, held at Kingston Lacy, originated at Deir el-Medina. The country house has
belonged to the National Trust, UK, since the death of Ralph Bankes in 1981. The stelae represent the
earliest objects from Deir el-Medina to arrive on the British soil. They were brought back to England by
William John Bankes (1786-1855). Bankes visited Egypt twice in his life – in 1815 and during 1818-1819.
It is thought that he acquired the stelae during his second visit to Egypt in 1818 and that they were put
together by Henry Salt, the British consul-general, whom Bankes spent time with during that time. The year
1818 rather than 1819 is suggested, because Giovanni d’Athanasi, Salt’s agent and excavator, was perhaps
helping to gather them and he was working for Salt in 1818. 1818 is also the year Bankes is known to have
collected a batch of Late Ramesside Letters at Thebes. Jaroslav Černý published a description and
translation of the stelae in 1958 in his “Egyptian Stelae in the Bankes Collection”. In his preface to the
publication he expressed his regrets about the quality of the photographs of the stelae, which do not show
details of the hieroglyphic signs very clearly. Since then the stelae have been cleaned and conserved by the
National Trust team. With the kind permission of the current House and Collections Manager at Kingston Lacy
Robert Gray, I photographed the stelae in September 2011 and am presenting them below together with
translations mainly by Jaroslav Černý, the language of whom was modernised by Andy Peacock. Some names
have been transliterated according to the usage in modern genealogy sources. All the translated text is in
italics. The collection was numbered in what is assumed to be the right chronological order.
I would like to express my heartfelt thanks to Rosalind Janssen, whose field of expertise is Deir el-Medina,
and to Jan Kunst, a Dutch Egyptologist, for their constructive and interesting comments on the contents of
this page. I would also like to thank Ann Smith, from the UK, and to Ingeborg Waanders, from Holland, for
helping me to acquire valuable primary resources.
All the photographs were taken by Lenka Peacock and are © of The National Trust, UK.

This is a round-topped stela of a two fold division. In the lunette –
the spatial region in the upper portion of the stela – the solar
barque is carrying a solar disk above the sky, represented by the
hieroglyphic sign pt (sky). A child with a thumb in his mouth sits on
the right side of the barque.
The lower register of the stela consists of an image of a man
standing at the bottom of the right side of the stela. He is facing
to his right. His arms are lifted in adoration pose. Above and in
front of the figure there are 10 columns of hieroglyphic inscription.
The columns are written from top to bottom and read from left to
right.

“Praise to Re when he sets in life in the western horizon of heaven. You have appeared in the western
half as Atum who is in the evening, having come in your might, having no adversaries and having taken
possession of the sky as Re. You appear and shine upon the back of your mother, having appeared (as)
king of Divine Ennead. I have done right in your presence, and kiss the ground (for?) your crew,
worshipping (whilst) you travel the heaven, your heart glad. The Island of Flame has become peaceful,
your enemies are fallen and are no more. The evil dragon’s abode is doomed. Your corpse is Atum in
the Boat of the Morning, the rightful one of the Two Lands. Beautiful is the Boat of the Evening when
it has accomplished its end. (Said) by the draughtsman May, true of voice.”

This type of stela is called a Lucarne stela. Altogether there have been identified 13 Lucarne stelae originating
from Deir el-Medina. This stela is an early example of its type as the owner is depicted standing rather than
kneeling in adoration. Only 1 other stela – Turin 50043 – shares this feature, all other 11 stelae depict the
owner kneeling. Lucarne stelae share the following characteristics:
– a solar barque shown in the lunette, usually placed above the pt sign
– a sun disk or another sun god representation is depicted in the solar barque
– sun god is accompanied by other symbols relating to him (adoring baboons, wedjat eyes)
– the owner either stands or kneels in adoration of the barque
– although the owner’s relatives can be depicted, it is seldom a case
– the hymn, written in columns, praises the rising and/or setting sun
Lucarne stelae were manufactured from late 18th dynasty until the 20th dynasty. They measure between 30 to
55 cm (Goyon, 2007, 1953-1954).

The owner of the stela was called May. He was a painter employed at the Theban Necropolis and living at Deir
el-Medina in the 18th dynasty, around 1300 BC. His title was the “outline draughtsman of Amun” (Rice,
105-106). His tomb is situated in the Western Necropolis at Deir el-Medina near the tomb of the architect
Kha (TT8) and is numbered TT 338. The wall paintings from May’s tomb were detached from the walls and
removed to Turin. They are displayed in Room III of the Museo Egizio.
The stela would have come from a niche in May’s chapel, where it would have been placed on a stone pedestal
(according to Bernard Bruyère). When Deir el-Medina was excavated during the last century, these chapels
were partly or completely gone as they were built above the ground and made of mud bricks.